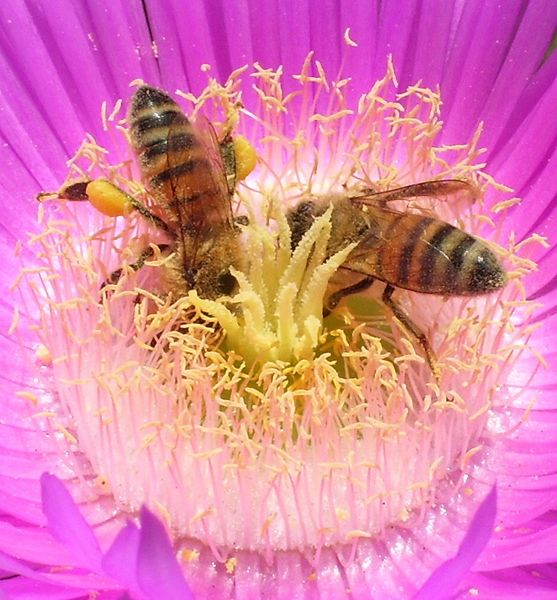 The Queen Bee is a marvel of nature.  Flying 600 feet into the air she performs a marriage dance that initiates the fertilization process of the entire hive.  Dedicating her whole life to the birth of her colony, she singularly produces thousands of honeybees, who in turn, devote their lives to sustaining ours.  The hive is a sacred monastery, where mostly females reside with the sole purpose of taking care of each other and their Queen.   The hive is a mystical organism, a lacey womb where the honeybee’s labor bears an ageless gift: honey.  A nourishing succor, honey never breaks down and is known in medicinal circles as a timeless healing tonic.  The cycle of life perpetuated by the honeybee begins inside the folds of the flower blossom to which she flies from her feminine sanctuary, gathers her potion, and delivers her elixir to ripening plants waiting for propagation.

I first became engaged in the poetry of the honeybee when I attended a bee-keepers talk last summer at Glynwood Farm, a farm dedicated to sustainability in New York’s Hudson Valley. 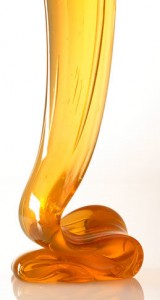 I learned how these seemingly simple colonies of oft perceived nuisance insects were responsible for pollinating more than 40% of the world’s agriculture.  The oldest domesticated animal, their relationship with man  can be traced back 10,000 years.  And now, due to reasons unknown, they risk extinction.  Colony Collapse Disorder is a worldwide blight, beautifully depicted in Taggart Siegel’s extraordinary film account of the honeybee’s disappearance.  This movie, The Queen of the Sun, which I saw this weekend, gravely and artistically outlines the critical balance between flowers and bees and defines how the health and wealth of the bee colony also coincides with the health and wealth of the human race.  This is an intimate and emotional tale.

It is holiday season and there are many forms of giving.  But to me, the gift of awareness is the most profound.  So when I saw the Queen Bee flannel pajama (360-135) from The Cat’s Pajamas, I felt compelled to tell this story.  The Cat’s Pajama brand is a bevy of interesting cozy printed PJ’s perfect for gift giving, but the depiction of the ultimate female nurturer and the intricate honeycomb she rules made me focus on this print’s intimate message of survival.  Available in 6 sizes, from XS- 1X, these softly brushed classic cotton pajamas are made exclusively in the USA.  They are all fun conversation pieces, but the Queen Bee PJ provides interesting nectar for discussion.  Silence is not an option