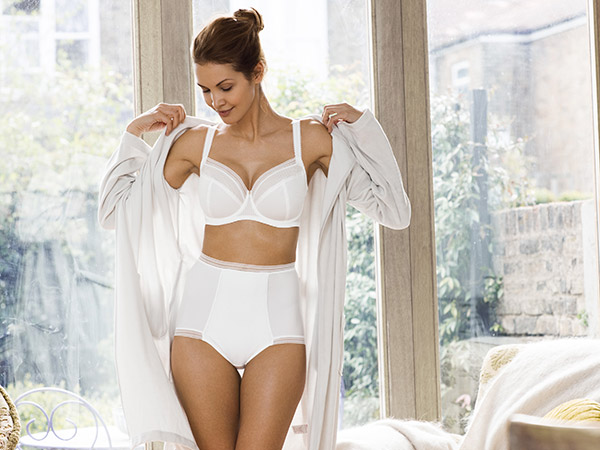 As a lover of color and kitsch, I spent years hating basic bras. I didn’t own any and I didn’t own any clothes that needed any: I was entirely convinced that anyone could get by without a bra that matched their skin tone. Then I moved to the South. By the time July and August rolls around, you start weighing how important your errand or friend is to you when you contemplate putting clothes on at all. When you are motivated enough to leave air conditioning, you spend all of your time in light fabrics that trap as little heat as possible. Basic bras are now a staple in my lingerie drawer and I’m sort of ashamed that I spent so much time deriding them when I was younger. 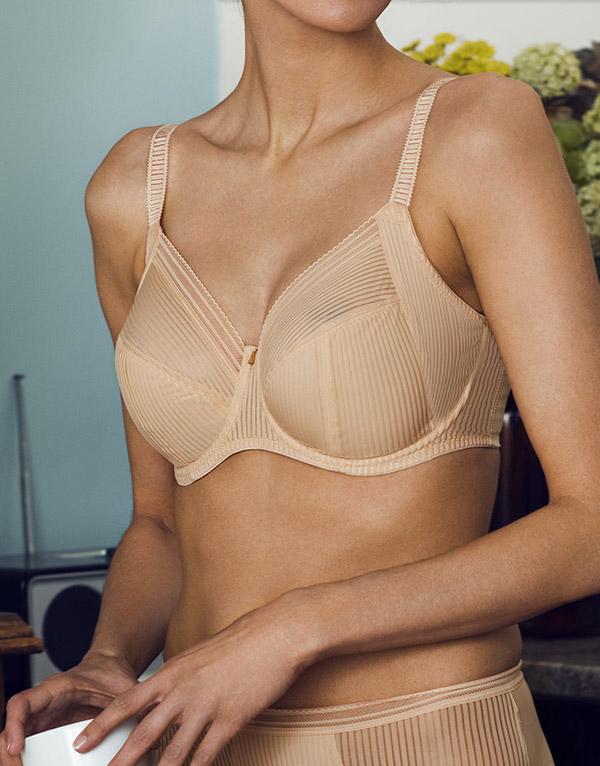 Since I’m not a basic bra lover at heart, I’m actually really picky about the basic bras I wear. I’d rather spend money on “pretty” lingerie, so a bra really has to be a special workhorse to stay in my regular rotation. When I heard that Fantasie was coming out with a new basic bra in a wider range of cup sizes than their normal offerings, I was genuinely excited. Fantasie bras are some of my favorites, so I was excited to see what would happen when they applied their new airy light bra designs to a new basic. Now that I’ve gotten to try it, it’s clear that the Fusion bra is everything I hoped it would be. 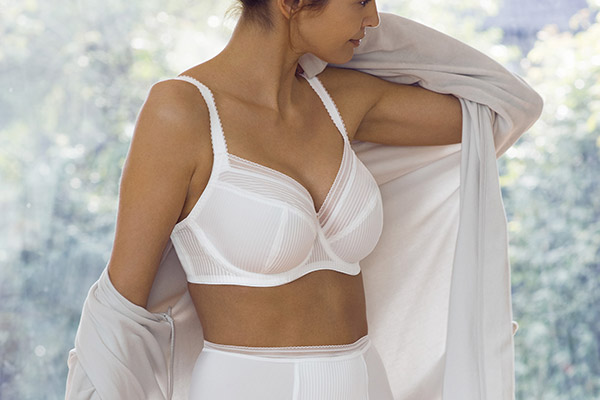 The Fusion is unpadded and incredibly light, which makes it the perfect bra to wear during insanely hot weather. The seaming is cleverly hidden behind a subtle pinstripe pattern on the cup, while the narrow stretch lace cup top helps the bra fit a wider range of body and tissue types (30-40, D-HH). It feels streamlined and chic rather than basic, which is a nice alternative for a everyday bra range. It’s easy to wear under anything, from the sheerest tank top to the most form fitting sundress. 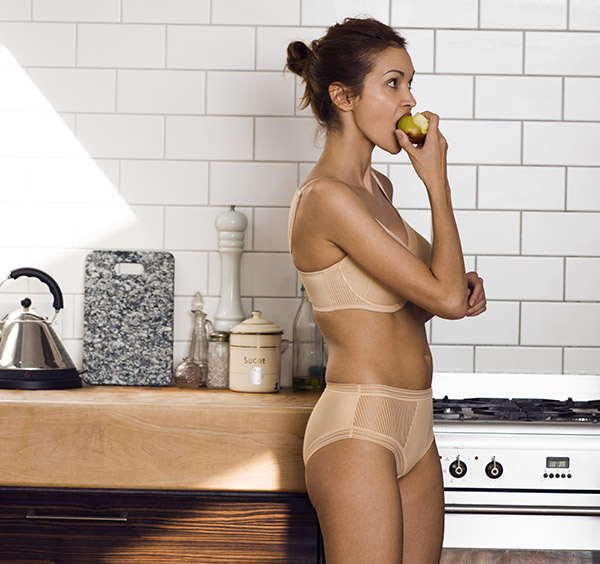 In many ways I think this bra ticks the same boxes that the sensationally popular Matilda by Elomi does: it’s easy to get a great fit, decorative enough to not be boring and works under pretty much any outfit you can come up with. I predict it will become a staple in boutiques and lingerie drawers in the same way the Matilda has, which is probably the highest compliment I can think of for a newly released basic bra. In fact, from what I am hearing, it is already a winner. 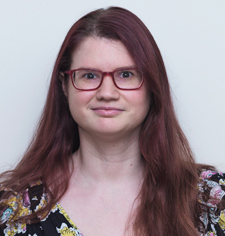