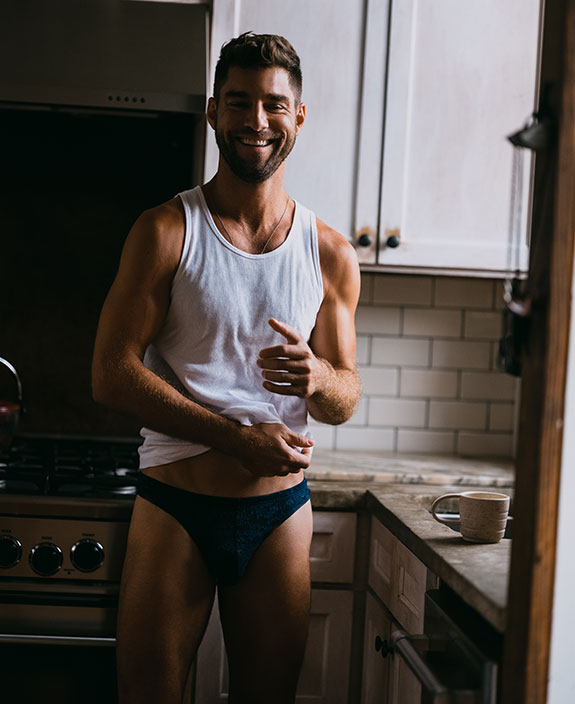 Merchandising instinct: It’s an undefined presence that niggles your gut suggesting the emergence of an idea about to catch fire. It has successfully guided my decisions for my entire career. For the past several years it has been the growing presence of the men’s lingerie business. And when I say lingerie, I do not mean underwear exclusively. Being an American daughter of the 70’s and married over 40 years to a plaid shirt, Costco kind of guy, this concept probably entered my airspace when it did only because of my profession. First it was in Europe where I began to notice men’s fashion underwear brands at trade shows and boutiques.  Then, it was on my Lingerie Briefs platform, where the most comments I have received since we launched in 2009 have been inquiries about men’s undergarments. And I do not mean cotton briefs and boxers. Third, with the growing acceptance of diversity and inclusivity, progressive brands are beginning to break the mold with a new perception of male underwear. 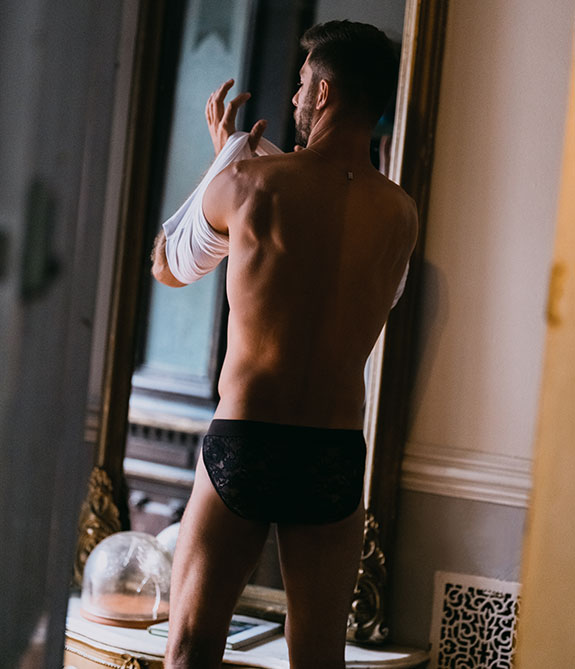 This brings me to Cosabella and the recent launch of their new men’s collection, aptly named Male Body Form. The line is not about gender fluidity. These shapes are tailored to specifically fit a man’s body parts. Currently five underwear styles and a pajama comprise the assortment with plans in the pipeline for more sleep/lounge pieces as well as additional bottoms. The real epiphany is that Cosabella’s Men’s Body Form Collection is designed as an extension of their signature Never Say Never Lace. Lace underwear designed for a man’s body. That’s a visionary approach. Cosabella has stepped onto a precipice. Based on the incredible customer reaction, all I can say is never say never! 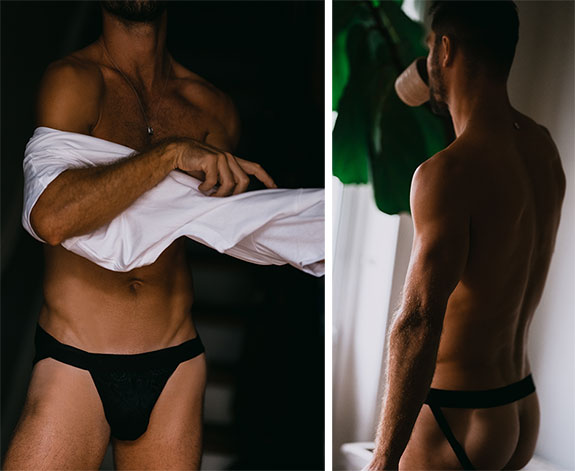 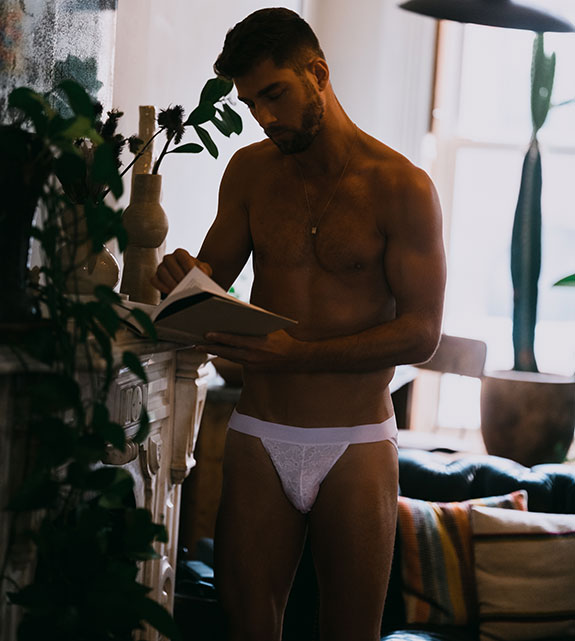 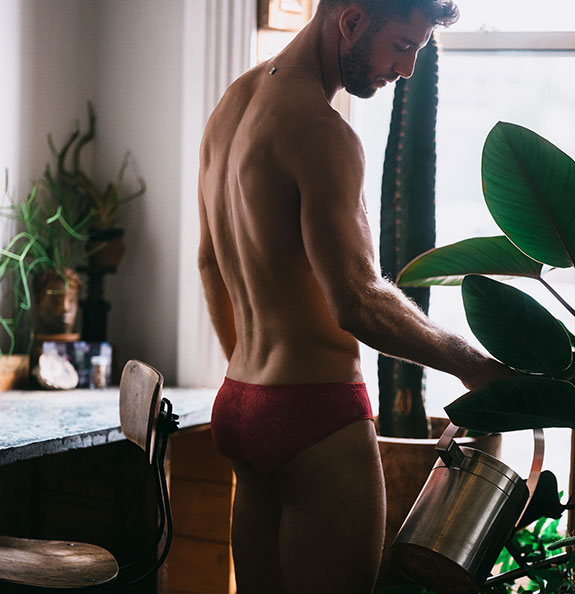 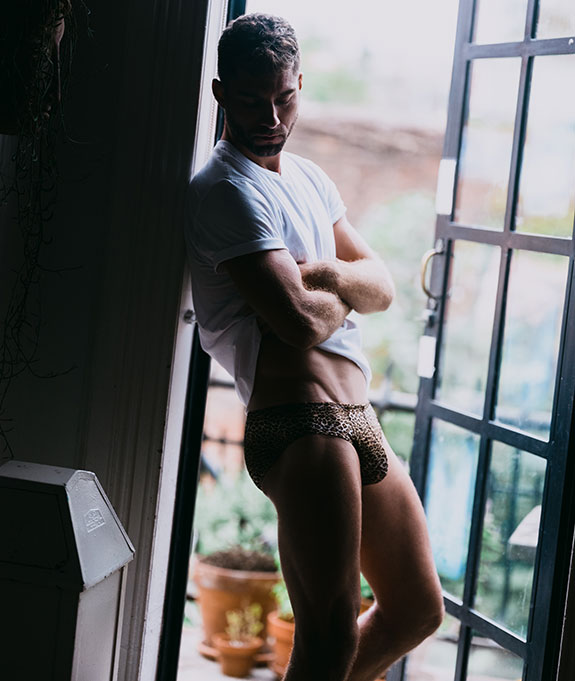 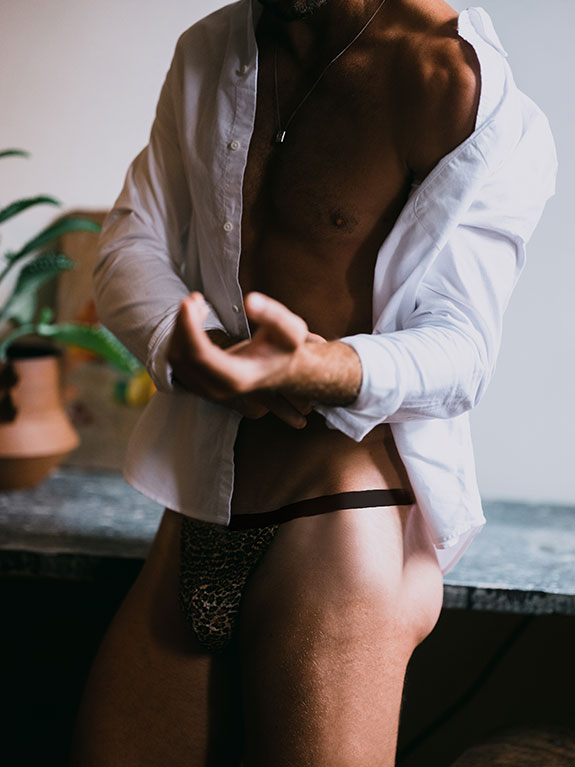 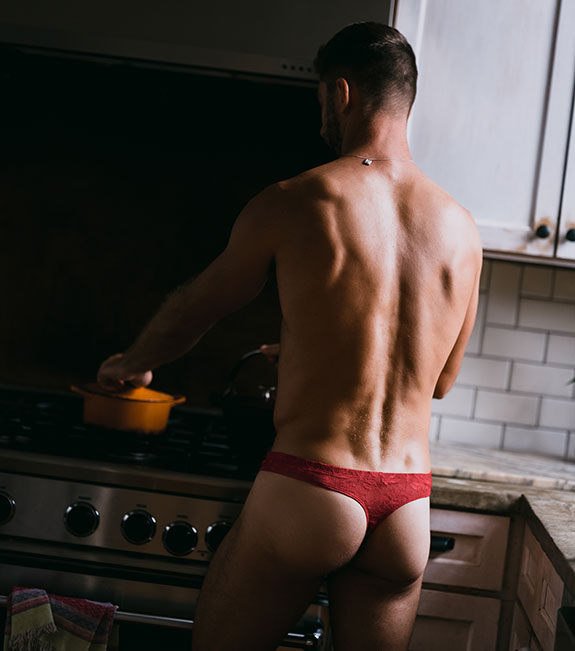 “The Difficulty Lies, Not in the New Ideas, But in Escaping the Old Ones.”
John Maynard Keynes