What’s in Your Future? Aubade Boxers 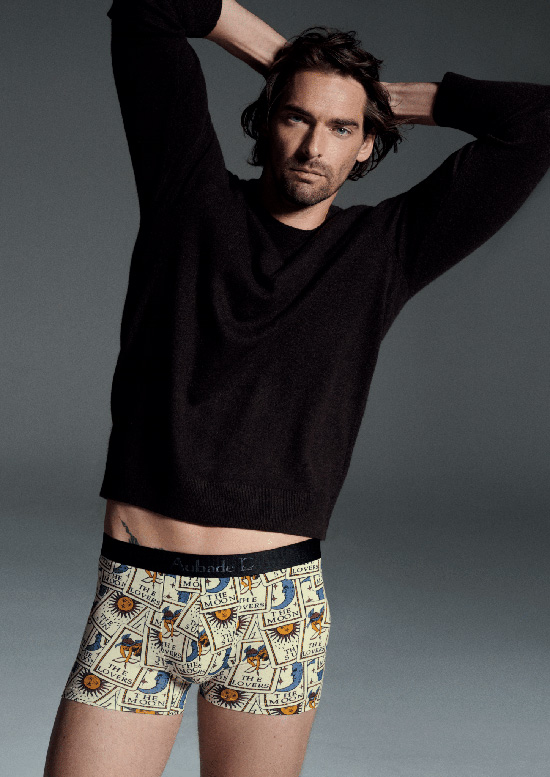 When I saw this Tarot card print on the Aubade X Camille Lacourt men’s boxers at Curve, it conjured up the confluence of events that led me to meet my husband, Gerard, 46 years ago. On a return trip from Philadelphia, one day earlier than planned, we sat together on the train. I noticed him and he noticed the Tarot books I was carrying. I was 25 and enamored with the Tarot. I owned several decks of cards and even my dog was named after the practice. Amateur that I was, I knew the fundamentals.  I could do a primitive reading and in Philly, after a failed search for my college boyfriend, I laid out my cards. The card in position 4 denoting the near future was the Knight of Swords.  Learning more about him after arriving home, I was able to pinpoint the Knight of Swords as Gerard’s Significator card. The Significator card is the one image in the deck whose attributes best match the subject.  Did the cards foretell my future?  I still have them, wrapped in silk, kept in a green damask box. Should I ask the cards if he would like these boxers for his birthday? 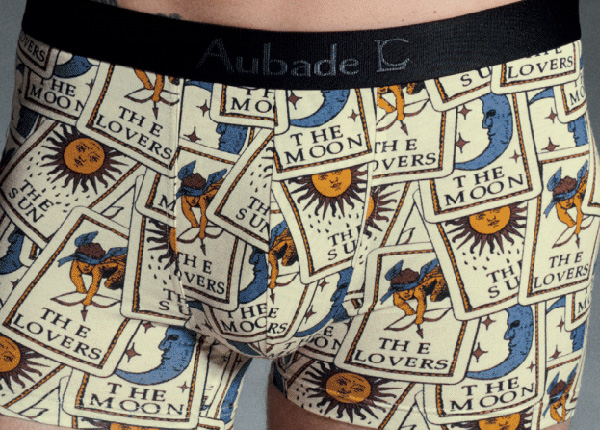 “The Cards Tell the Story, But You Write the Ending” Theresa Reed 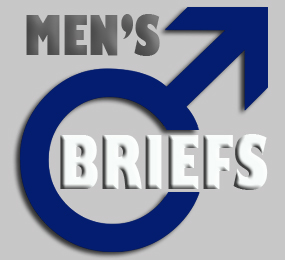 A showcase for men’s fashion, underwear, swimwear and lounge.